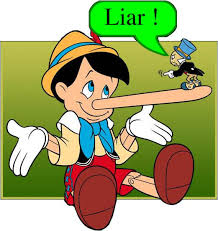 Directly confronting the people who I suspect are lying is often awkward because of the sensitive nature of our relationships. The challenge is to identify disingenuous behaviours without damaging relationships. The beauty of these techniques is that people are not aware you are testing them.

Yes or no questions deserve a yes or no answer. When people cannot or do not want to answer yes or no, they typically go to the Land of Is. This concept was derived from President Clinton’s now infamous statement, “It depends upon what the meaning of the word ‘is’ is. If ‘is’ means is and never has been, that’s one thing. If it means there is none, that was a completely true statement.” The Land of Is occupies the space between truth and deception. The Land of Is consists of half-truths, innuendos, suppositions, assumptions, and verbal judo. Most people want to tell the truth, so they go to great lengths to contort the English language to maintain the illusion of truth without telling it entirely. People often find themselves in the Land of Is without ever being aware of it.

To test people for the truth, simply ask them a yes or no question. If they fail to answer yes or no, a red flag should pop up. After someone provides a convoluted answer to a direct question, ask the same question again. If he or she once again fails to answer with a yes or no, the probability of deception increases significantly.

If you ask someone a direct yes or no question, and the response you get begins with the word “Well,” there is a high probability of deception. When a person answering a direct question begins with “Well,” it indicates that he or she is about to give an answer that he or she knows the questioner is not expecting. 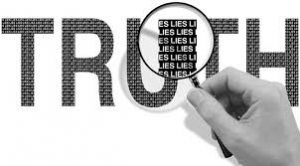 These methods do not detect deception with 100% certainty, but they do provide a strong indicator to determine if someone is being truthful or not. If a person answers questions directly, you can have confidence that the answer is truthful and that the person will not be aware that you have tested their veracity, thus preserving the integrity of ongoing relationships. If the person does not directly answer questions, it does not necessarily mean you are being deceived, but you should examine the person’s answers in greater detail.

This site uses Akismet to reduce spam. Learn how your comment data is processed.