1. Eagles fly alone and at high altitudes. They don’t fly with sparrows, ravens and other small birds.

MEANING; Stay away from narrow minded people, those that bring you down. Eagles flies with eagles. Keep good company.

2. Eagles have an accurate vision. They have the ability to focus on something as far as 5km away. No matter the obstacles, the eagle will not move his focus from the prey until he grabs it.

MEANING; Have a vision and remain focused no matter what the obstacles and you will succeed.

3. Eagles do not eat dead things. They feed only on fresh preys.

MEANING; Do not rely on your past success, keep looking for new frontiers to conquer. Leave your past where it belongs, in the past.

MEANING; Whether in private life or business, one should test commitment of the people intended for partnership.

6. Eagles prepare for trainings; They remove the feathers and soft grass in the nest so that the young ones get uncomfortable in preparation for flying and eventually flies when it becomes unbearable to stay in the nest.

MEANING; Leave your comfort Zone, there is no growth there.

7. When the eagle grows old, his feathers becomes weak and cannot take him as fast and as high as it should. This makes him weak and could make him die. So he retires to a place far away in the mountains. While there, he plucks out the weak feathers on his body and breaks its beaks and claws against the rocks until he is completely bare; a very bloody and painful process. Then he stays in this hiding place until he has grown new feathers, new beaks and claws and then he comes out flying higher than before.

MEANING; We occasionally need to shed off old habit no matter how difficult, things that burden us or add no value to our lives should be let go of. 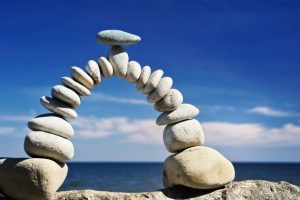 Life balance can be defined as an imperfect mixture of creativity, work, family, God time and personal time, while letting go of less important tasks, projects and people.

It may be unique or chaotic but totally worth all the efforts, because inner peace and happiness is guaranteed.

It’s important to understand that others cannot do this for us. No one can think, breathe, feel, see, experience, love or die for us. It’s up to us to balance all the different aspects of our lives.

TIPS FOR LIVING A BALANCED LIFE

You cannot accomplish anything if you’re unhealthy. Get plenty of rest, exercise and eat properly. Ideally, set aside time each day for an activity that you enjoy, such as walking, working out or listening to music. Or, allow yourself to unwind after a hectic day by reading, meditating or taking a nice hot bath. END_OF_DOCUMENT_TOKEN_TO_BE_REPLACED 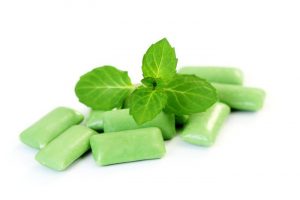 Yes indeed. Chewing gum offers some surprising health benefits. However, there are no standard benefits on everyone. Each person is a unique, individual and will have different responses to chewing gum.

The results of scientific research indicate chewing gum may be good for a number of things that include:

Psychologists say, the chewing gum can help in improving memory and enhance cognitive powers. They found that people who chewed throughout tests produced significantly better scores than people who did not. There are a number of potential explanations for that. END_OF_DOCUMENT_TOKEN_TO_BE_REPLACED